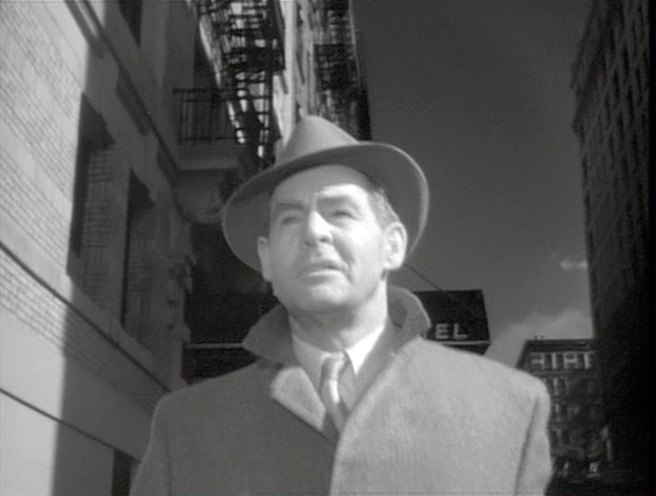 For a Hollywood genre film Odds Against Tomorrow, 1959, was experimental and arty. The story hinges on the racial conflict between white man Ryan and black man Harry Belafonte. The opening shot was filmed on infra red film which bleached the skin of the racist character, played by Robert Ryan above. A moment after this shot he racially mocks a little black girl.

The movie’s director Robert Wise said this: I did something in Odds Against Tomorrow I’d been wanting to do in some pictures but hadn’t had the chance. I wanted a certain kind of mood in some sequences, such as the opening when Robert Ryan is walking down West Side Street…I used infra-red film. You have to be very careful with that because it turns green things white, and you can’t get too close on people’s faces. It does distort them but gives that wonderful quality—black skies with white clouds—and it changes the feeling and look of the scenes. -Robert Wise, from wikipedia.