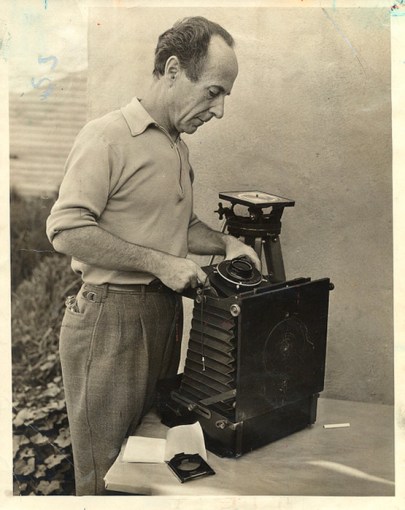 I’ve been re-reading Edward Weston’s Daybooks after 25 years, an inspiring narrative that shows you how hard a serious artist works.

I’ve discovered some poignant facts. In 1930 he sold his prints for $12.50! According to Dollar Times that is worth about $150 in 2010 money. They would be 10″x8″ exhibition quality contact prints, some of the best darkroom prints ever made. Where is my damn time machine!

The Daybooks can be bought from Aperture. You won’t regret it. 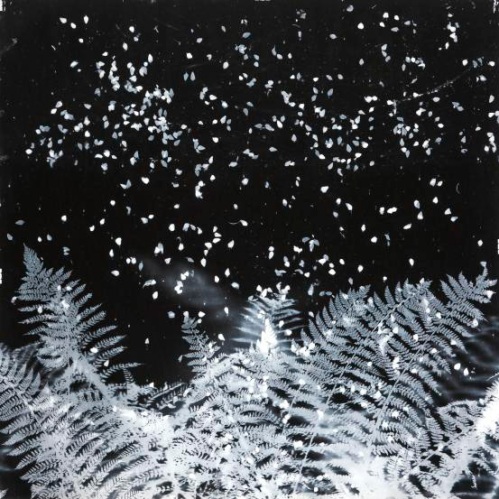 The term “landscape photography” will often have the effect of glazing over my students’ eyes. It seems so middle-aged, so remote from our urban/suburban lives. The exhibition Stormy Weather at the NGV shows that the contemplation of nature through photography does not have to be just horizontal photos with horizons.

The exhibition presents Australian work that shows a complex and layered understanding of the Australian land, much of it with “an undercurrent of disruption and contradiction that suggests all is not as it may first appear.” (-NGV). For many artists, nature is the most compelling and pressing subject of the present time, a reasonable idea at a time of flooding in Queensland, bushfires in the West, and a historic drought changing places with unprecedented rains.

The range of physical means employed by the artists is a feature of the show. For example Harry Nankin‘s photograms (see above), are made at night with large sheets of photographic paper out in the bush. They are not photographs made of nature, they are made by nature.

At the NGV until 20 March

Unnerved is an exhibition of New Zealand art with a distinctively dark mood. It features notable NZ photo media artists, Ann Noble, Yvonne Todd, Lawrence Aberhart and many others. The work has “a darkness and distinctive edginess that characterises this particular trend in New Zealand contemporary art. ( NGV)

Some of the work hints at ‘original sin’, a feeling that some dark secret lingers behind a facade of normality. It’s New Zealand Gothic, an idea often expressed in movies, and not just in Peter Jackson’s. It’s as ironic as it is dark. “The psychological or physical unease underlying many works in the exhibitions is addressed with humour, parody and poetic subtlety”.

Luminous Cities looks at the photography of cities since the early days of the medium. Each picture acts as a signpost along a timeline, punctuating a period’s significant approach to the representation of cities. There are some very fine, unfamiliar pictures, for example Mark Strizic’s perfectly composed architectural composition of 1960s Collins Street in Melbourne.

Wolfgang Sievers’ high angle photograph of old Frankfurt is troubling. Only seven years later it was completely destroyed, including its world famous medieval centre. The destruction of Germany’s cities in WWII, like that of London, was futile and evil, but it’s the winners who write the propaganda.

Luminous Cities is at the NGV until 13 March.

I have a theory that the medium of photography needs seriality to make it’s point. Unlike in painting, a photographic idea is often mute or incomplete in one picture, and needs the reinforcement of other photographs in a series. Endless Present, an exhibition at the NGV of conceptual photography from the 1970s, shows serial and sequential photography at work.

The exhibition features the work of Melbourne artist Robert Rooney and others such as Ed Ruscha. The artists show “an interest in ideas or concepts rather than in the physical form of the work” (-NGV). In Conceptual Art “the idea becomes a machine that makes the art” (-Sol LeWitt). Each idea requires its own form. In many other areas of art making the medium precedes the idea: an artist paints, and along the way discovers new ideas.

In Endless Present, it is the bland imagery and repetitive grids that first strikes your eye. Rooney’s monotonous explorations of the minutiae of everyday life, his parody of boredom, include photographing what he was going to wear each day over a month, or the exact measurement of the contents of a packet of scorched almonds. The small amateur photographs are presented in precise grids which seem to mock scientific method. They are funny, surprisingly beautiful in their own way, and they tell you something about the ‘endless present’ of daily existence.

The Sartorialist, Scott Schuman, has posted a short video documentary about his work and it’s worth having a look at to see how he does it. The image above is a still from the video showing him at work. Below is the photograph he had just taken.

Schuman’s very successful blog, thesartorialist.blogspot.com, is simply photographs taken on on the street of people wearing interesting fashion. He prowls for four or five hours a day, approaching people he thinks are dressed with flair. They are not models, just people on the street. His is a gentle aesthetic, capturing the originality of people in their self-expression through clothes. He is fully engaged with the life of the street and his camera records a unique aspect of it.

To see the video, go to the Thursday January 6 post at The Sartorialist. 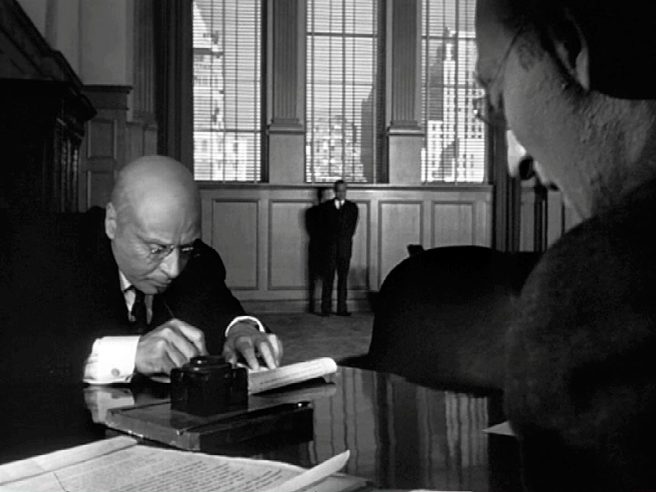 Last night I saw Citizen Kane again. Like many film lovers of my generation, it has a special place in the heart, a dream of perfect cinema. The thrill is always a little different and last night it was the electrifying originality, the daring, the showmanship that struck me. It’s a film of shocks: you are constantly surprised by each new transition and the rush of ideas.

Like all films it was made from a collaboration of talents. Welles was right when he shared the main credit with his cinematographer, Gregg Toland. Kane is a film for photographers.

Toland achieved unusually deep images, rare at that time and often commented upon in Citizen Kane. Depth-of-Field is the degree of sharpness in a photograph, near and far from the camera. To achieve this he needed a small lens aperture, down to f16, very difficult in the relative dimness of a studio set. How he managed that was due to a number of unique factors:

2. Use of the 35mm focal length lens instead of the more usual 50mm lens. A wide angle lens gives greater depth of field.

3. Having coated lenses, a new invention which cut down flare and gave much better light transmission, as much as one f stop.

4. Shooting with the new Mitchell BNC 35mm camera. Its internal sound dampening – instead of the external blimp which required shooting through a sheet of glass – meant the image was sharper and had 10% more light transmission.

5. The use of arc lights which, because of their near-Daylight colour temperature, exploited the full sensitivity of the film. The sets were lit very brightly, much brighter than normal, to get more light through the small aperture.

You can see from this the technological sophistication of film making in Hollywood and how innovations in the science of cinematography could enable a new aesthetic. Citizen Kane’s artistic innovations were enabled by technical ones.

These details were sourced from an excellent paper by Patrick Ogle, ‘Technological and Aesthetic Influences on the Development of Deep-Focus Cinematography in the United States’. It gives a lot of information about film-making in Hollywood at the time of Kane. You can read it by clicking here: Movies and Methods: an anthology.