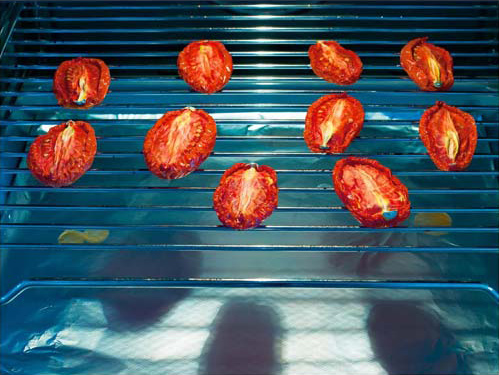 Melbourne photographer Tim Handfield has a retrospective at Monash Gallery of Art, the first time a significant amount of his work has ever been shown. It’s called Deep Skin. Handfield has pursued his photography over the decades despite putting much of his energy into his photographic businesses, including the processing lab called The Colour Factory.

In an artist’s talk at the gallery he described his affinity to the New Colour Photography, an American movement which grew out of the pioneering work of William Eggleston and Stephen Shore in the seventies. New Colour photographers tended to focus on un-picturesque subjects, seeking to find some kind of beauty in the ordinary details of everyday life. It is an observational aesthetic, avoiding sentiment or ideology. Its key quality is a scrupulous detachment, although sometimes touched by irony and visual wit.

This could describe Handfield’s images, especially his early work of the 1970s and his late work of the 2000s. They have an incisive optical clarity, focussing on the colour relationships in his subjects. He is an expert in colour, finding luminous colour relationships in the ordinary world: suburban walls, industrial lanes, a pile of kids’ bikes. “He knows how to harvest the commonplace, and wring beauty from it,” Chris Wallace-Crabbe states in his catalogue essay.

You can see more work on Tim Handfield’s website.