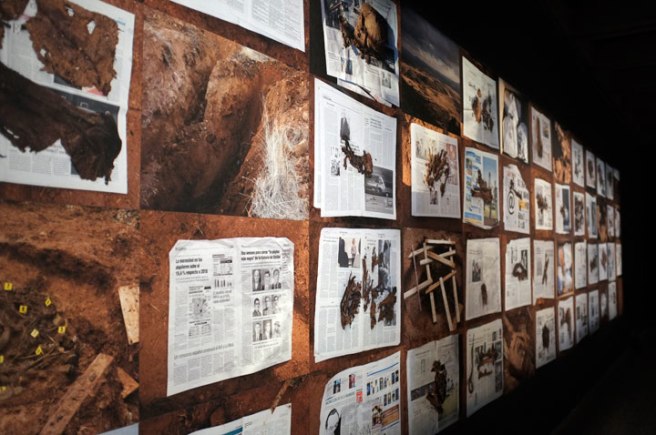 In 2011, Belgian artists Sarah Vanagt & Katrien Vermeirea photographed the opening of a mass grave from the Spanish Civil War (1936–39). Nine victims had been buried after their execution by Franco’s supporters in June 1939. After a machine had removed the topsoil, archaeologists came across a skull with a bullet hole. 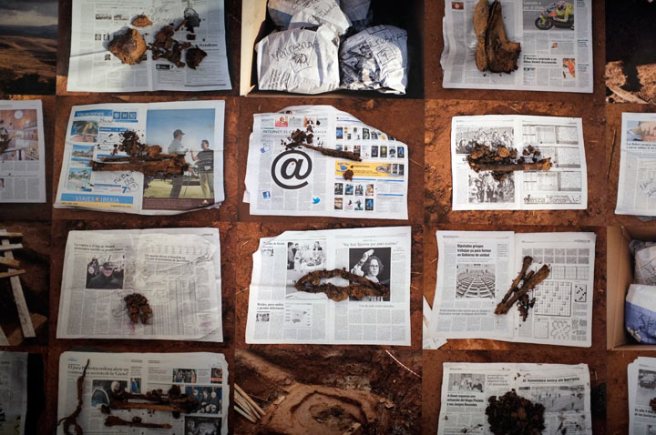 These photographs, taken at the Sydney Biennale in July, show the archaeologists’ work, sorting the bones on sheets of newspaper, a practical way of distinguishing one from another. It’s a ghoulish sight. But apart from the awful tragedy they recall, the potency of these images is the peculiar encounter between the 1939 bones and the 2011 newspapers.

It’s as if a time machine had brought these dead individuals forward to the present time, reading the stories of present day Spain. What would they make of it? Spain has economic problems today but it’s a country with a thriving democracy. I have witnessed the recent public demonstrations in Madrid and saw an admirable public involvement in the nation’s affairs. It would have shocked Franco’s Nationalists who ultimately executed hundreds of thousands of Spaniards and took the country into a relative dark age for decades. 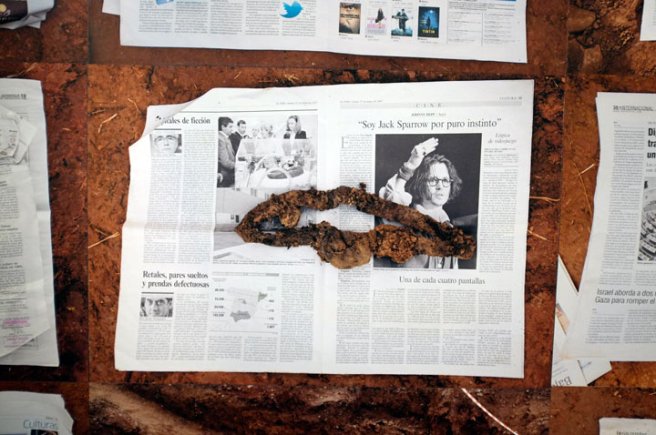 The headline above the photo states  ‘I am Jack Sparrow by pure instinct’. It’s an article about Johnny Depp promoting Pirates of the Carribean 3.