Kelli Connell, paste-up for The Valley, 2006

Kelli Connell‘s intimate portraits of a loving couple have made a strong impact over recent years. They appear to chronicle the relationship of a lesbian couple until you realise that both women are the same person. The photographs have been Photoshopped to create two characters out of one, with technique that is both discrete and flawless. An exhibition of photographers’ contact sheets at Catherine Edelman Gallery gives us a glimpse of Connell’s working method.

She shoots on film in 6×4.5 medium format using Kodak 400 ISO colour negative film and she brackets the exposures. The paste-up image above shows a woman from one print leaning over a woman from another print, but they are both the same woman. Look below at the first frames of the proof sheet and you’ll a different woman in the upper pose, a stand-in, and not Connell herself. In the lower frames, their positions have reversed, the stand-in is now lying down.’ 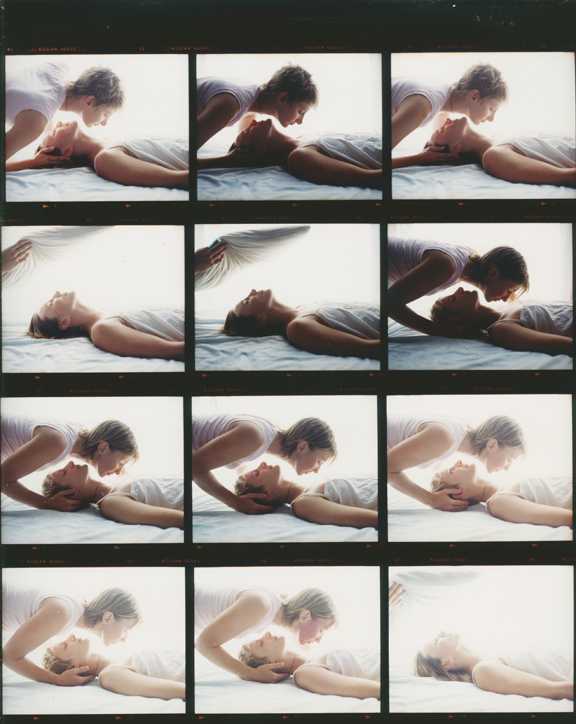 Kelli Connell, proofsheet for The Valley, 2006

Connell prints the best poses, cuts and pastes them together to indicate the join – see the top image – and then Photoshops the images together (presumably from the negatives).