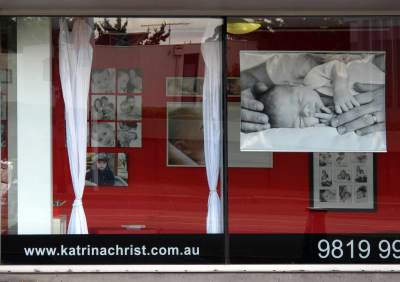 The great Melbourne photographer Mark Strizic has died at age 84.

Strizic was born in Berlin in 1928 and migrated to Australia in 1950, part of that immigrant wave to the new world from an exhausted Europe. He became a photographer of Melbourne, recording its modernist architecture for clients like Robin Boyd, but also its Victorian streets and buildings. This trove of poetic imagery, shot with his favoured graphic compositions in contre-jour light, is a visual memorial to a once beautiful city, carelessly sacrificed to developers in the 1960s and 70s.

According to my parents Strizic used to visit our neighbour, the architectural historian David Saunders, in Bentleigh in the 1950s and as a child I would play with him there. I don’t remember, which is a pity since his photographs identify for me a particular Melbourne of nostalgic memory and longing, a dream city from childhood. As a body of work they represent a distinct vision of a place, made by an outsider, using distinct formal means.

In later years, Strizic switched to a highly experimental project in colour photography, perhaps inspired by Moholy-Nagy’s modernism. I once referred to it in an Age newspaper review as “psychedelic” and received an angry letter from him. Perhaps I should have done more homework before, but his earlier work on Melbourne, and his excellent portraits of leading Australians, remain his legacy, both as a body of photographic work, and as history.

Span is the new exhibition at the Stockroom gallery in Kyneton, on the theme of ‘connection, distance and the passage of time.’

The exhibition was judged by Karen Woodbury, and I have won first prize, and a cheque for $3000!

These are the images that won, from a new project derived from Google Earth, of cities and their highways endlessly looping. 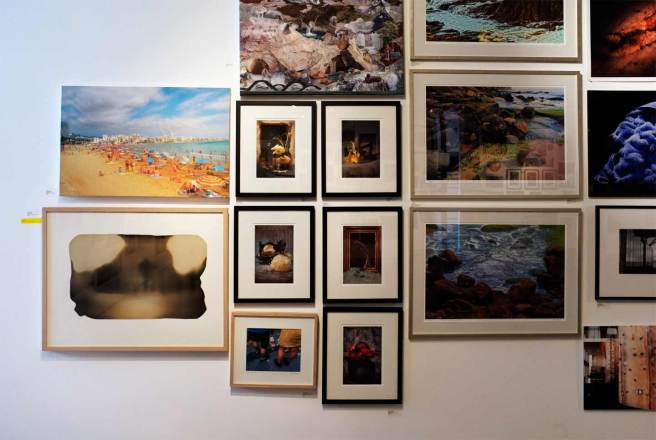 Installation at the CCP Salon. My picture, bottom left, has won a prize at the CCP Kodak Salon, for ‘Best Use of a Found Photograph’ (gift voucher from CCP Shop, $100).

The image is called “1931” and is from a snapshot of my late mother, a schoolteacher, with her students in rural Victoria in 1931. The image has been heavily blurred to create a distancing effect, and because of the tones in the original photo, the blur looks like a distorted skull. 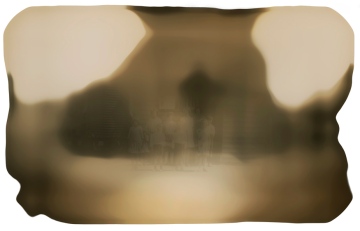 Installation shots of my current exhibition, Face/Time, at Tacit Contemporary Art. It runs until December 23. Face/Time is a two-person show with my colleague Kirsten Perry, her image on the left above. The exhibition is a form of self portraiture as our own faces are the source of the imagery,

The word time refers, in my work, to the process of decay, literally through the time sequence that produced the images, repeated photocopying resulting in a form of information decay. Time is also present in the idea of physical decay implied in the fading, dissolving faces.

In Kirsten’s work, the duration of time produced the faces through long ‘performances’ of gazing at an image of her face. A special camera recorded her eye movements and software plotted the lines. They are fine drawings of an abstracted face gradually gaining more detail in each print..

Just as I do a post on the surviving film cameras on the market one of them drops off the twig only hours later. Petapixel reports that Zeiss is getting out of the rangefinder camera market. This is a loss as they are reputedly very good cameras coming from a rich tradition. They are fine objects – a Volkswagen or maybe a BMW – and don’t come cheap but they are definitely an object of desire. B&H has the body + f2 Planar lens for $2100. Is that so much? Leica is the next step up the food chain but a body alone will cost you $5000.

How many film cameras are still on the market? Is the analogue age continuing or has digital killed it dead?

What you see above are the main film camera models on the B&H website. These are 35mm and medium format SLRs and rangefinders, panoramics, large format field and studio cameras in 5×4 and 10×8. I’ve left out the myriad Lomo and instant film cameras, and pinholes.

The advance of digital technology has been faster than anyone imagined fifteen years ago, witness how Kodak was caught unawares. But there is still a considerable market for analogue photography, Rollei has just announced a new line of black and white films, and Lomo, makers of Holga, are rumored to be a potential buyer for Big Yellow’s film business.

The brands shown are Nikon, Canon, Vivitar, Voigtlander and Zeiss, Mamiya, Rollei, and Hasselblad, Linhof, Wista, Toyo, Arca and Horseman, all worthy of survival. But who does that leave out? Pentax, Minolta and Bronica are among the casualties of the last 10 or more years.