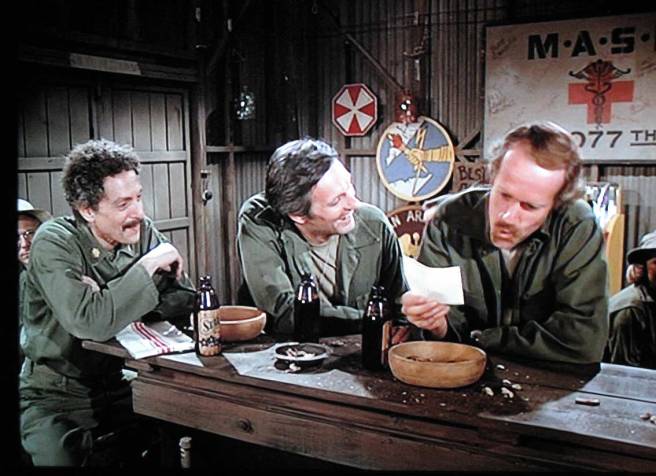 This is a screenshot from an episode of M.A.S.H. It’s a very familiar show but who’s that guy on the left? If you don’t know this story you’ll be surprised to learn it’s the husband of Diane Arbus.

Allan Arbus was a well-born Jewish New Yorker who married Diane in the early 1940s. Her name was Nemerov, of the department store Nemerovs, and she fell hard for Allan. She married him, had two daughters, set up a successful fashion photography business (Vogue, Seventeen) and then eventually moved apart in the late 1950s. Is was not acrimonious.

While Diane set about becoming one of the greatest photographers who ever lived (this is not hyperbole), Allan drifted away from the photography studio and into the acting studio. He eventually made a solid career of it, mainly with M.A.S.H. but also with  many TV and movie credits. It was a long and successful if undistinguished career which you can see here on IMDB.

Allan Arbus was born in 1918, a long time ago, and he’s 95 years old now. My uncle Henry died last Thursday at the same age so I know how old it is. Allan’s last credit was on Curb Your Enthusiasm in its first season in 2000. Now that’s how you finish a career!