This week at the State Library of Victoria I saw an unusual album of 19th century buildings in Melbourne. It was compiled in 1949 by one Colin Caldwell who presented the library with other albums on Victorian buildings in the suburbs and in regional Victoria. The photographs are frankly not very good, as you can see. It was a labour of love but not of professional skill – they are visual notations rather than composed ‘pictures’.

The album has 185 photographs depicting Melbourne in the aftermath of Marvellous Melbourne, the grand colonial city of the 1880s. The streets are empty and a bit forlorn, no people and few cars are to be seen. It’s like an ancient stone city, eerily quiet like in de Chirico paintings. It’s a city I don’t recognize.

The piercing message of the album is it makes clear what we have lost. In the orgy of destruction in the 1960s and 70s when half or more of the best of our 19th century architecture was erased, the city lost its identity. From a great 19th capital, perhaps as unique as Madrid or Budapest, it descended to a no-place, a random aglomoration of structures with no central image. Having no geographical feature like Sydney’s harbour to glue it together, Melbourne needed an architectural image to create a sense of place. It had that largely thanks to the Gold Rush, but got rid of it carelessly in only about twenty years.

Caldwell did a service by creating this archive. But for someone who obviously loved 19th century architecture, he must have suffered in later decades as he watched it being needlessly destroyed. 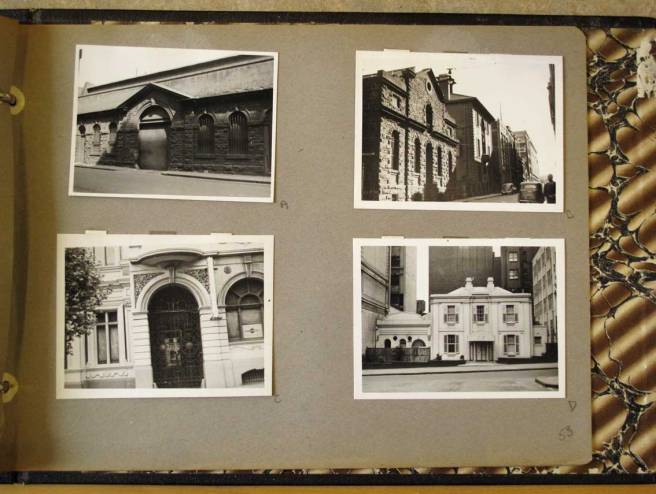 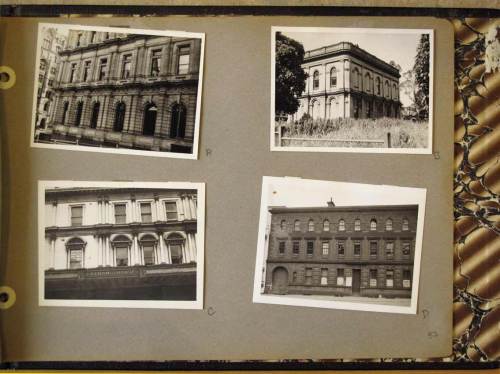 One thought on “Melbourne photo album”