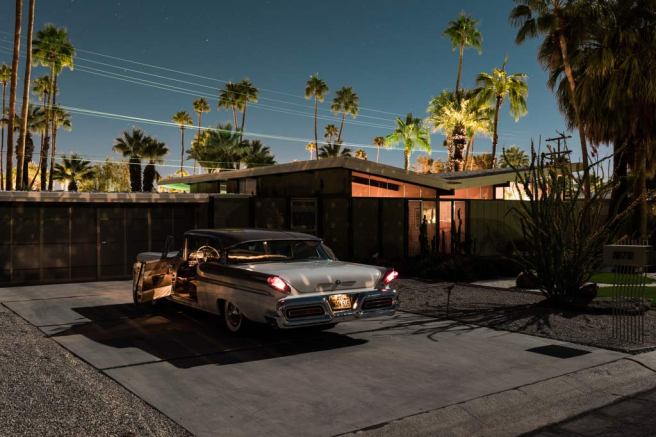 Tom Blachford is a young Melbourne photographer whose new project Midnight Modern is about Mid-Century Modern architecture. The images were taken in the town of Palm Springs, east of Los Angeles, a treasury of Mid-Century domestic architecture. It was once home to Hollywood celebrities such as Frank Sinatra. The town has recently undergone a revival with wealthy enthusiasts buying and restoring the 1950s houses. These are the subjects of his photographs.

What makes Midnight Modern special is that they were made at night, picturing them in untypical shadow and mystery. With the mood of expensive luxury and danger they appear like scenes from David Lynch. Blachford places gleaming fifties cars like characters in a movie.

“The naked eye is unable to process such dimly lit scenes; but the camera, through long exposure, reveals images unseen. Time is compressed from thirty seconds into one viewable moment. The stars blur into dashes to remind us that even seemingly immovable steel and mountains are slowly spinning on a grand scale as our earth rotates on its axis, and in turn around the sun.’’  Tom Blachford.

Domain.com has a short interview with Blachford about the project. 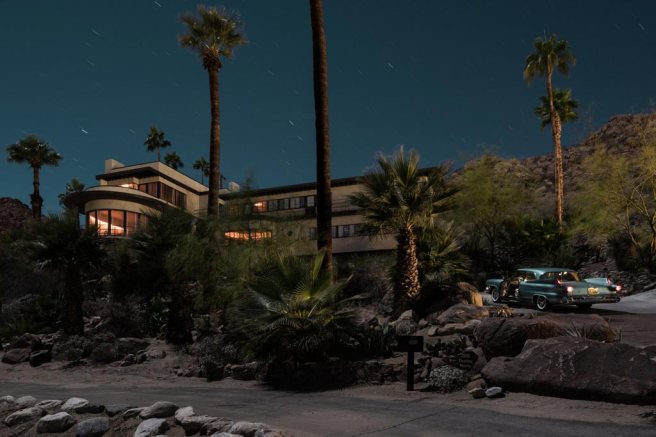