The esteemed Melbourne photo media artist Harry Nankin will be running photography workshops  from his studio and darkroom in Montmorency next year. They will cover introductory analogue (traditional) photography through to advanced sessions on the philosophy of environmental art. They will range from one to four day sessions.

Harry has long experience as a photographer and environmental artist. He started in the 1980s as a realist photographer of the natural environment, inspired in part by Peter Dombrovskis who’s wilderness photography played such a part in saving Tasmania’s Franklin River. Harry’s pristine large format photography can be seen here on his website.
.
Harry once told me that he moved on to his giant immersive photograms of forests and waves because he wanted to have pictures made by nature not of nature. These ambitious projects require planning and special funding plus  teams of assistants but they result in artworks of great beauty and strangeness. They have have been exhibited extensively both here and overseas.
.
The workshops, which are explained here, will run from April to May 2016 on the following topics:
.
The Camera and the Darkroom, introducing traditional gelatin silver camera and darkroom craft.
.
The Plasticity of Silver, on the traditional art of development controls, toning, reduction and intensification of silver materials.
.
The Remarkable View Camera, on large format ‘view camera’ craft.
.
Art and Ecology, on thinking and making environmental art.
. 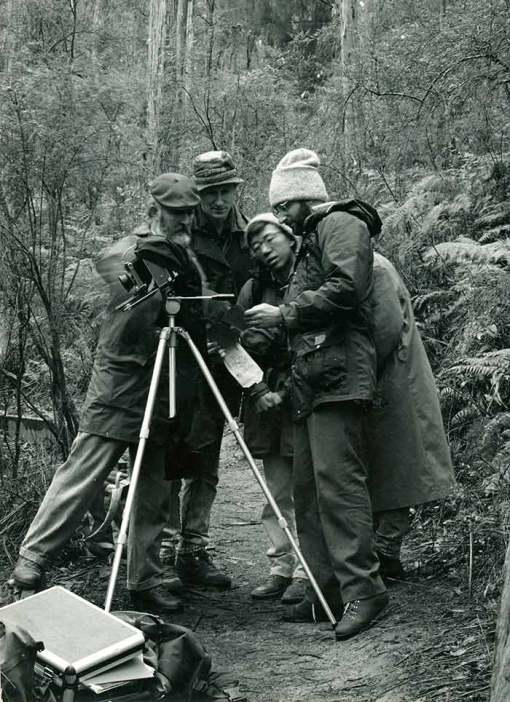