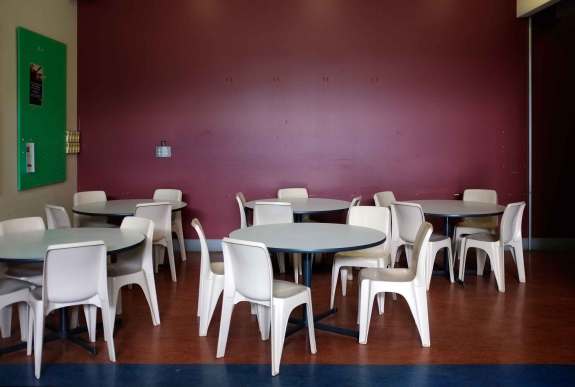 My new exhibition is a group show on the outer limits of photographic practice. Each artist explores some non-traditional zone of the medium: non-capture, non-representation and other arcane fields. It opens at Tacit Contemporary Art on June 8.

My works are abstract images from my Chemistry of Chance series. During  decades of cleaning up darkrooms I’ve recovered many discarded prints from the rubbish bins. Students see a print going wrong in the developer and throw it in the bin without washing it. The print sits there with the developer, silver and oxygen making chemical reactions in the dark.

By the end of the day they’ve dried out and the chemical stains are preserved and light-stable. After scanning and Photoshopping to a small degree, I’ve printed them as much larger pigment prints. They fit into my interest in entropy and automatic processes found in the border regions of photography. I see them as Concrete photography, the Swiss and German abstract movement.

It not a sign of something, but is itself something. It is not what is represented but what is present. It engenders objects of itself and thus fulfills the central criterion of every concrete art: self-reference. – Gottfried Jaeger. 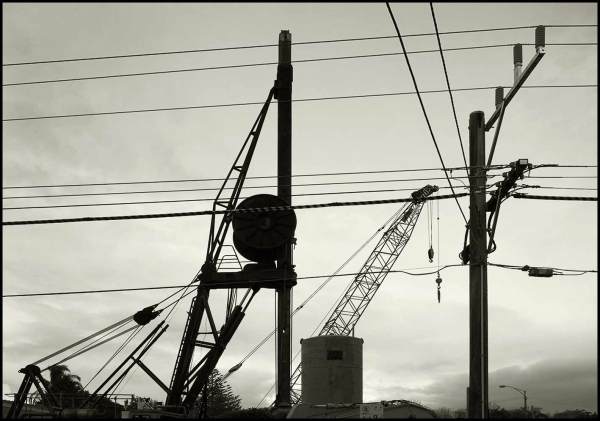 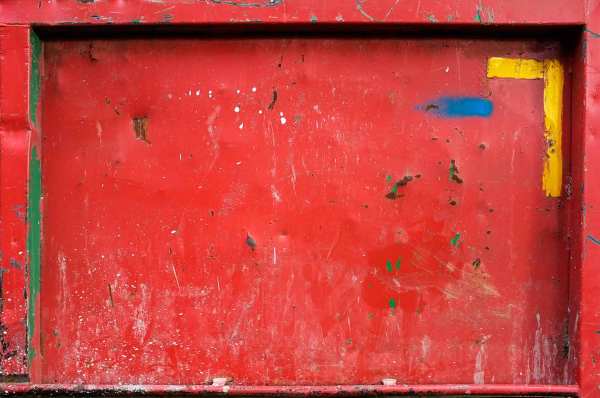 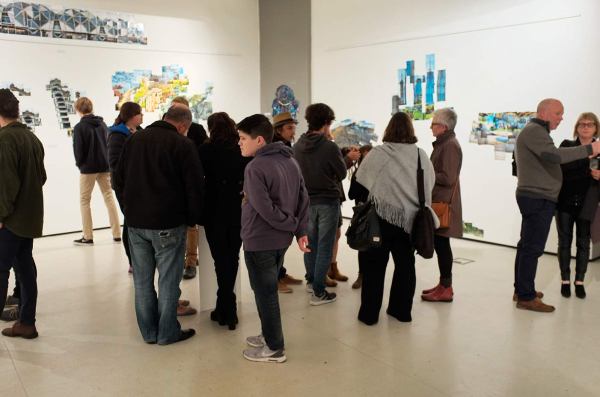 My students and their friends gathered last night at the opening of our Joiners exhibition. The work was made for a David Hockney-style photomontage assignment, to shoot a subject in fifty or more shots and assemble it directly on the wall.

Making a Joiner is a tricky operation. The capture process can be confusing, how do you record a subject in dozens of details? Then the assembly of the prints is challenging because the images don’t align. Joiners run contrary to the normal instincts of a photographer, to create a single perfect rectangular image. A Joiner can take almost any form and often take on a different shape when they are assembled a second time.

The project is part of the Photoimaging course at Melbourne Polytechnic, in a subject I share with Natalie Morawski. The exhibition is on for two more weeks at the St John Street Gallery in Prahran, building B, (Melbourne Polytechnic) open Monday to Friday 12-5pm. 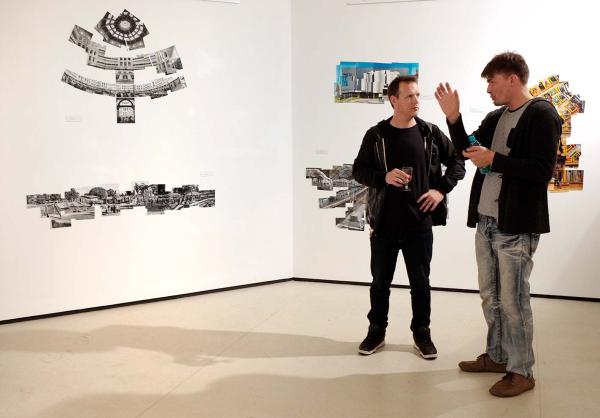 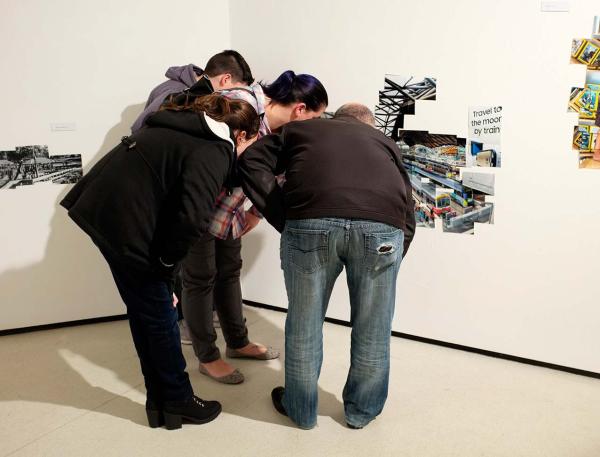 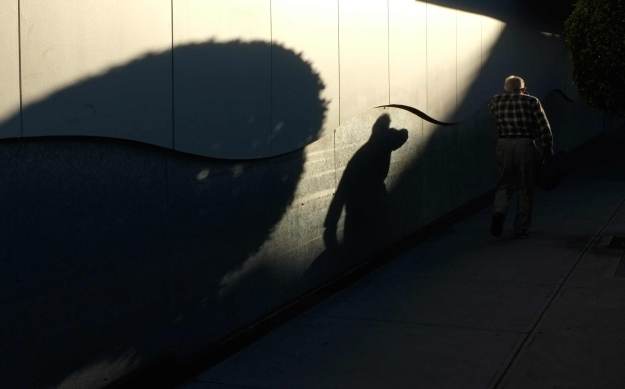 My students are having an exhibition of their Joiners projects, the photomontage technique developed by David Hockney in the 1980s. It’s a project I devised, along with Natalie Morawski, for the Photoimaging students at Melbourne Polytechnic.

It’s an informal exhibition made of class work rather than finished Diploma pieces, and is practice for the students in the process of exhibiting. It’s in our shiny new St John Street gallery at the Prahran campus

To make a Joiner you record your subject through close-up details in as many shots as you can manage. After printing them you try to re-assemble the subject by joining and overlapping the prints. Because each photo has its own viewpoint and perspective they don’t align perfectly so it’s like a jigsaw puzzle where the pieces don’t fit.

It challenges the natural instinct to make perfect, single, rectangular photographs – some of the Joiners on show contain 150 single shots and roam over the wall in a jagged patchwork.

The exhibition runs 12-5pm from Monday May 16 to Friday 20. The “opening” is on Thursday 19, 7 to 9pm. The gallery is in St John Street Prahran, ground floor building B, a hundred metres from Chapel St. 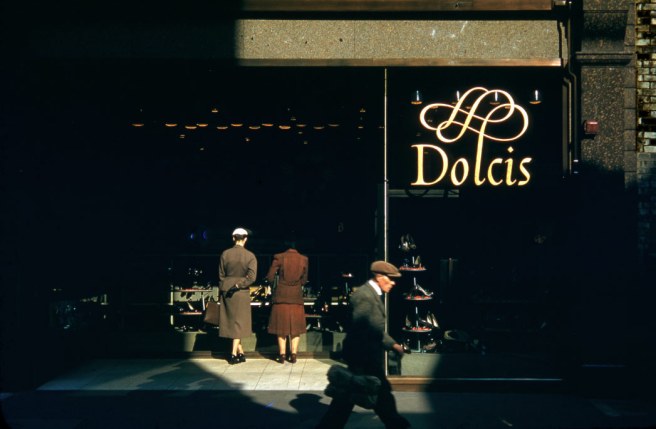 Tony Woolrich has given me some boxes of old 35mm slides acquired in his furniture trading business. He thought they were special and deserved closer scrutiny and he was right. They came from an elderly couple in Malvern eager to pass them on, but other than that the name and address is unknown and the trail has gone cold.

The slides, a few hundred in number, document somebody’s travels in Europe and Japan in the early 1950s. Who the photographer was and what the travel was for is anyone’s guess sixty years after the event. There are some teasing clues though.

For one thing, they are too good for a complete amateur. Photographs made by amateurs are often taken too close or too far away, with no clear subject-matter and with a poor sense of composition, they are simplistic. As you can see, that is not the case with these pictures. They are accomplished examples of the street photography genre, made with a eye photographic eye, an openness to varied subject-matter and a good feeling for light, colour and composition.

A further clue is the expensive glass mounts, with some being cropped with special black tape. This protection suggests the maker was a professional, a photographer, a lecturer or a member of camera clubs, showing them often in public slides shows. This is more plausible than it might seem – in the 1950s overseas travel was rare and seeing images of foreign locations was a special event.

All the slides are Kodachromes, a fact which is immediately apparent because none of them have faded. That fabulous emulsion has held fast for sixty years while other slides I possess half their age have long ago faded badly. The distinctive colour palette, the contrasty “snap”, is intact, giving the images the look of glossy magazine photos. You can see what was lost when production and processing ceased in 2010. In photographic terms it was something like a tragedy and was covered widely in the press.

These first few images show what the collection is like. I’m gradually taking them out of the glass mounts to scan them and bring them back to their natural appearance. It’s going to be a long project. 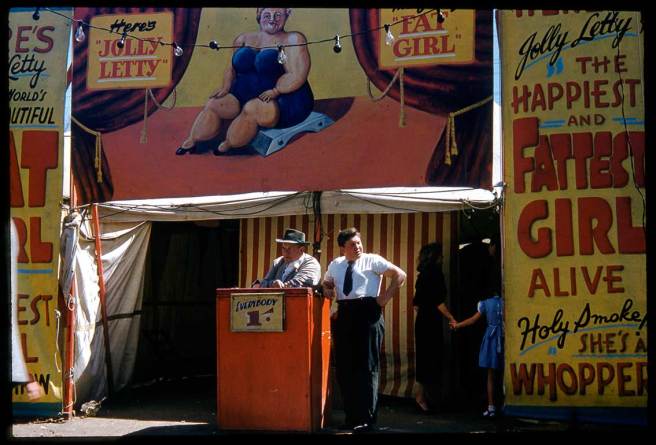 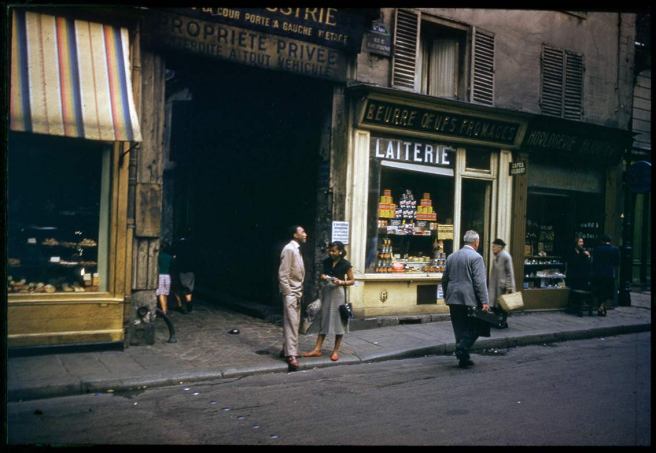 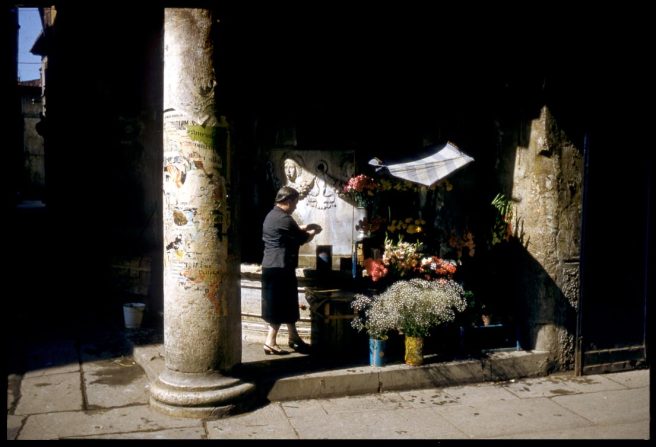 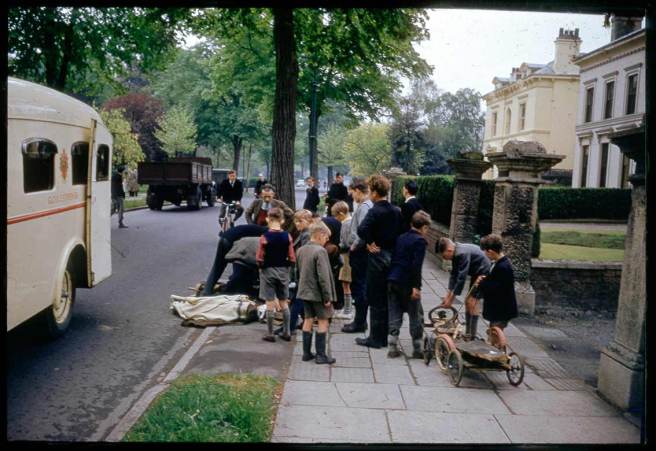 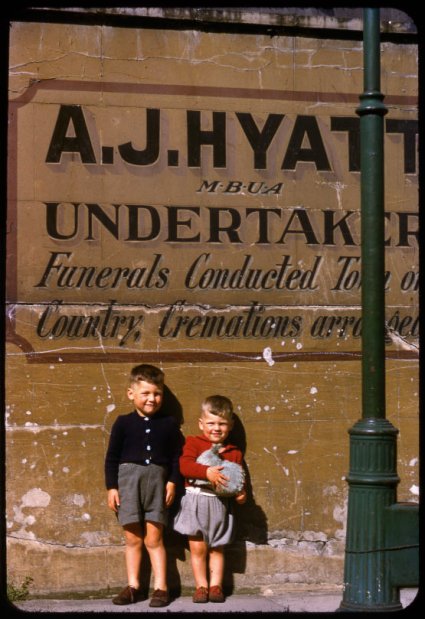