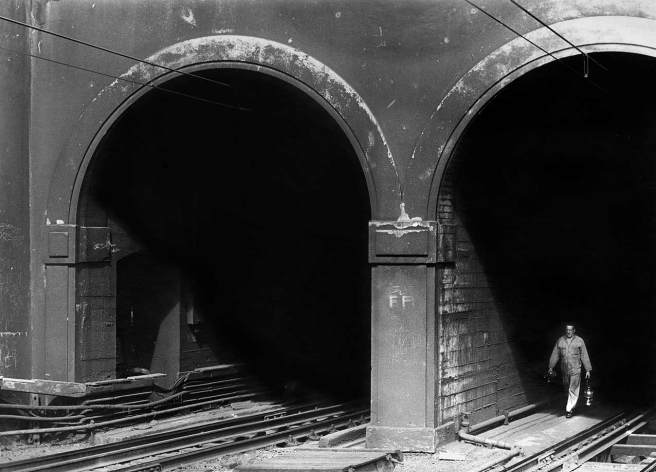 As a twenty year old photography student at Prahran Tech, I would occasionally take something that satisfied me, and I remember being surprised when this photo came off. I thought it bore a passing resemblance to a good photograph. The large scale of the industrial architecture dwarfs the worker, a technical man who strides confidently into the light. My father had once been a man just like that, a plumber for the railways during the Depression and his stories lit up my childhood.

For a photographer, subjects are all around you, as long as you can perceive them as subjects. Looking back, I can see that in those years I didn’t have a subject that directed me. Others at Prahran like Robert Ashton and Carol Jerrems were making terrific photos, and strong reputations, of subjects that moved them. They were immersed in their own times and thought it important enough to document. They knew their subject was all around them.