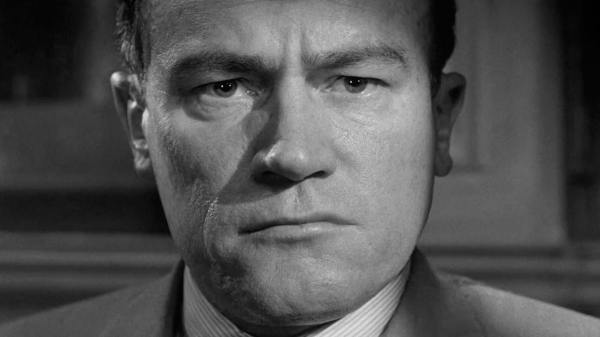 Actor EG Marshall had a face to be photographed. You could see him in movies and television during the 1950s and 60s, a busy character actor, though never a star.

A screen actor’s instrument is his face. Just as a violinist uses a violin, an actor uses his face to focus his interpretation of the character. The subtleties of expression, the micro control of facial muscles and the ability to convey thought though the eyes – these are the tools that a screen actor uses. And it’s especially true in the close up.

The movie close up is a fundamental component of film syntax. It was invented in the early years of silent cinema, and if most early silent films look like filmed plays, then the close up was a new addition to the young medium. It brought a greater intensity to the story-telling and a new degree of intimacy with the audience. Click on these photos to see what I mean.

The close up is still a part of silent cinema because even in present-day movies, most close ups are silent, the characters do not speak. The essentially visual nature of the film medium comes to the fore as we empathise with the character’s emotions and try to understand their thoughts. Close ups don’t need words.

A new video film-essay from Filmscalpel, Twelve Silent Men, demonstrates the power of the close up and the ability of actors to communicate without words. It’s a re-edit of a famous 1957 movie, the wordy courtroom drama Twelve Angry Men, directed by the great Sydney Lumet.

The makers of this six minute re-edit have selected only the silent scenes in this 96 minute movie, the scenes where actors are not talking, just being. They have re-constructed the film out of the short sequences of actors looking, listening and thinking. They prove the adage that film acting is really re-acting.

Their short film demonstrates Lumet’s clever staging, a master class in mise en scène. The movie doesn’t only rely on the playwright’s words – it is not a filmed play despite the amount of dialogue and the stage-like juryroom. Lumet’s blocking of actors, his strategic camera positions (photographed by Boris Kaufmann) and the terrific performances by the cast show that it’s not a filmed play like those early silents. Instead, as one of the makers of Twelve Silent Men states: “In this eloquent feature film, a perfectly fine silent short is hiding”.