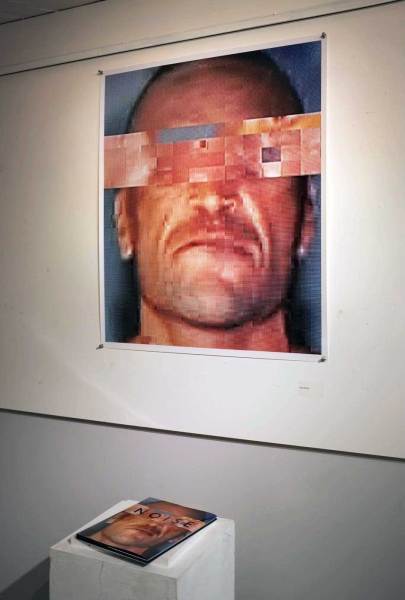 The new staff exhibition at NMIT Visual Arts is called Confluence, and it’s running at the A Space Gallery at Preston campus. My new project Noise had a trial run with this image and the Blurb book, and it looks like it will work out when I expand it with more images. 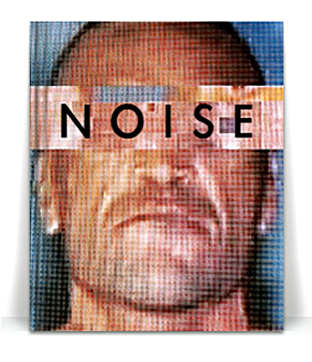 I’ve made a new Blurb book, called Noise. It’s photographs of faces from a TV screen. Because of poor reception on the TV, the images have distorted in interesting ways, faces of actors and celebrities have disintegrated in beautiful but disturbing patterns. You can see a preview of it the Blurb website.

This is the blurb I’ve written in Blurb:

Signal-to-Noise ratio is a measure of how much information is transmitted in an electronic communication compared to the random data caused by interference.

The faces in this book were photographed from a television with poor reception. The noise caused by some unknown disturbance ruptured and fragmented the intended signal – the faces of celebrities, sports heroes and fictional characters on daytime television.

In this decay of communication, new and unintended messages are discovered. The broken images on the screen create a disturbed alternative world of disintegrating faces and troubled encounters. The disordered electronic signals suggest other disorders: the images in NOISE show psychological disintegration amid the wasteland of commercial broadcasting.