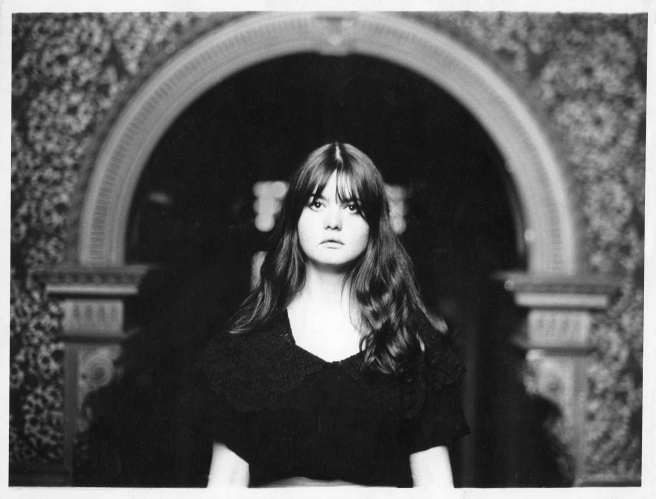 When I was a 21 year old Prahran photography student I was proud of this photo, I thought I’d got it right. I liked Lin’s frontal gaze, the symmetry of the architecture, and the soft focus background. What really impressed me, though, was that I’d shot it handheld at a 1/15 of a second and it’s sharp. In film cameras lacking the image stabilising motors of digital cameras, this is very risky. Small victories count.

The picture was taken at LaBassa, the Victorian mansion where I lived for a few years in the early seventies – in the servant’s quarters. The building’s detailing made a great background for photos, and it still does. It’s often used for weddings, fashion shoots and episodes of Phryne Fisher, the TV  detective.

And Lin, the young woman in the photo? I have no idea. She was there for a while, then not. At the time I thought she had a romantic aura, and she does seem to belong to those faraway psychedelic times.