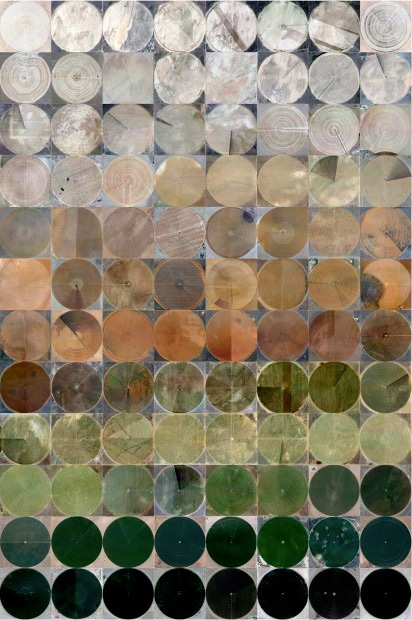 In the southwest of the USA the technique of centre pivot irrigation is widely used. Here these circles fit exactly into the square grid which was developed by the Public Land Survey System after the civil war.

De Ruijter has cropped and oriented them to fit a fixed geometric template—a circle circumscribed within a square. He is extending the tradition of Dutch landscape painting by training his eye on the natural world as it is cultivated by human endeavour. And like the later Dutch artists of the de Stijl movement (Mondrian et al) he is working in a neat geometric plan.

“What is similar in my work and that of abstract geometrical painters is foremost that we do not dish up a story or a deeper meaning. The viewer sees nothing but the image itself.”