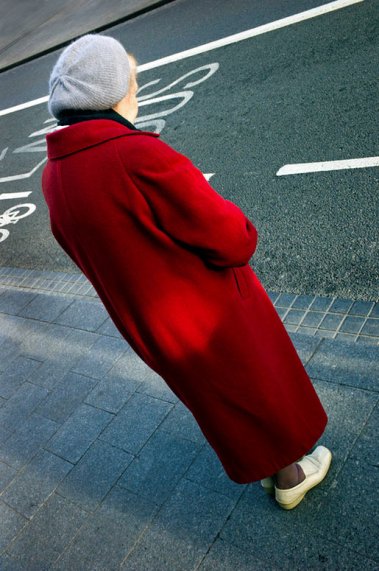 Photographer Eamonn Doyle studied photography at art school but gave it up for twenty years to focus on music. He returned with a bang. His book project i  gained international attention with Martin Parr describing it ‘the best street photo book in a decade.’

I was re-discovering the work of Samuel Beckett … I began to be drawn towards a number of solitary ‘Beckettian’ figures I saw on the streets of Dublin, people I had seen passing me every day who seemed to be treading the same ground, day in, day out.

Doyle’s photographs have a singular visual quality, unlike the crowded horizontal vistas of New York street photographers like Joel Meyerowitz.

In taking these photographs, I tried to strip away many of the elements often expected in street photography – context, obvious biographical cues and signifiers, general ‘background noise’. I shot from above, mostly, and tried to flatten the figures into the pavements and roads, and I usually tried to avoid showing the face. Not showing faces seemed to be a way to evoke the very unknowability of these people and, perhaps, by implication, of all those with whom we have such fleeting, urban encounters. 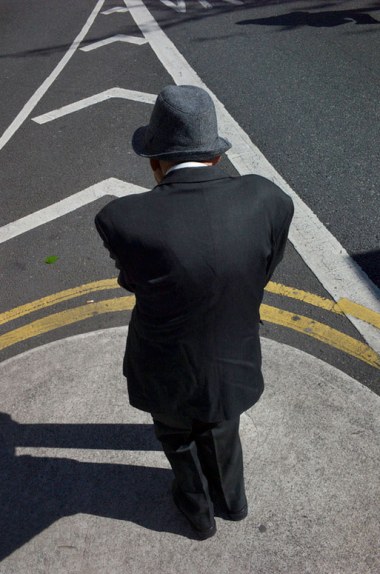 Doyle’s public installation in O’Connell Street Dublin returned the photographs, and the people in them, to their original environment.