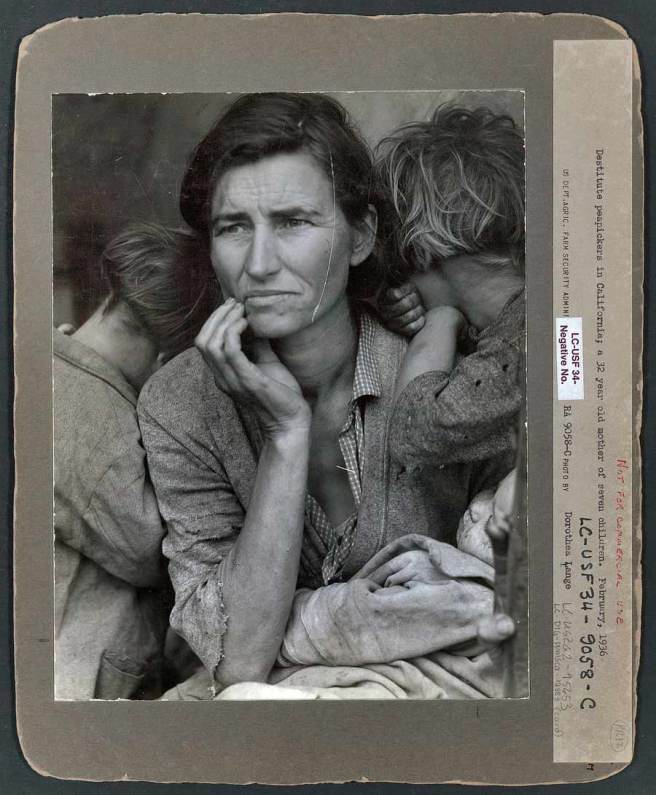 Lange was employed by the FSA information service run by the legendary picture editor Roy Stryker. It was a propaganda unit, disseminating photographs of American rural and town life to any publication that would use it. The undeveloped film would be sent from the field back to the East Coast to be developed and printed, them archived.

This image shows the actual original print mounted on its library-archive card, an artifact of mythical proportions considering that from this very object all future Migrant Mothers followed. Click on the image below and you can read the identifying information: ‘Destitute Destitute peapickers, a 32 year old mother of seven. February 1936.’

Putting aside the rudeness of citing a woman’s age in public, it fails to mention her name. In fact she was Florence Thompson who was soon to become unhappy about having her likeness appear everywhere without credit and without her receiving a red cent.

And would the immense popularity of this image have been different had people known she was a Cherokee woman from the Indian Territory of Oklahoma?